If you can’t handle cuteness, you should definitely not read this post. I just returned to reality to the tune of Team Umizoomi (if you’re blessing my heart, thanks! I need it) after a trip down memory lane.

We started a tradition when Hayden turned three… we took him to Build-a-Bear where he picked a horse and dressed it in a basketball outfit. He named him “Horsey.” And since that time, each of our kids, at age three, have built some type of buddy.

I can’t tell you about those memories without showing you. Oh, be still my heart, and be still, time… 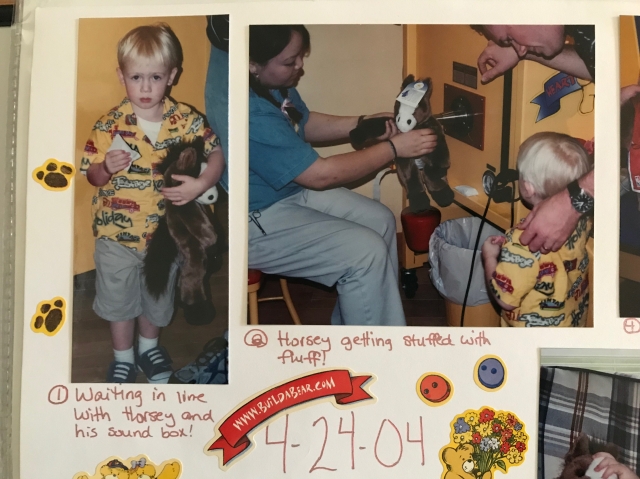 Such a timid little guy. 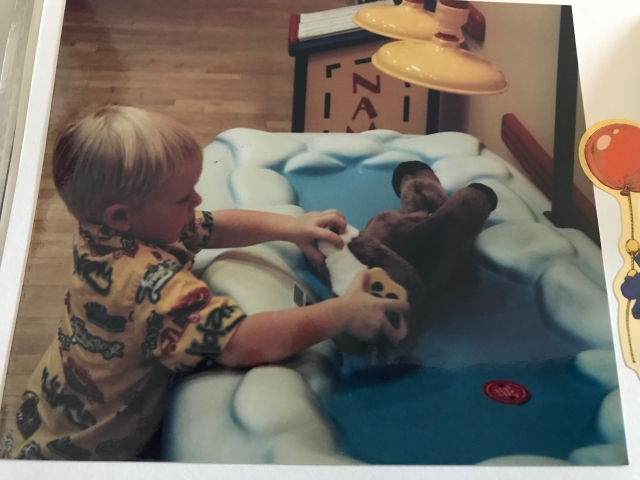 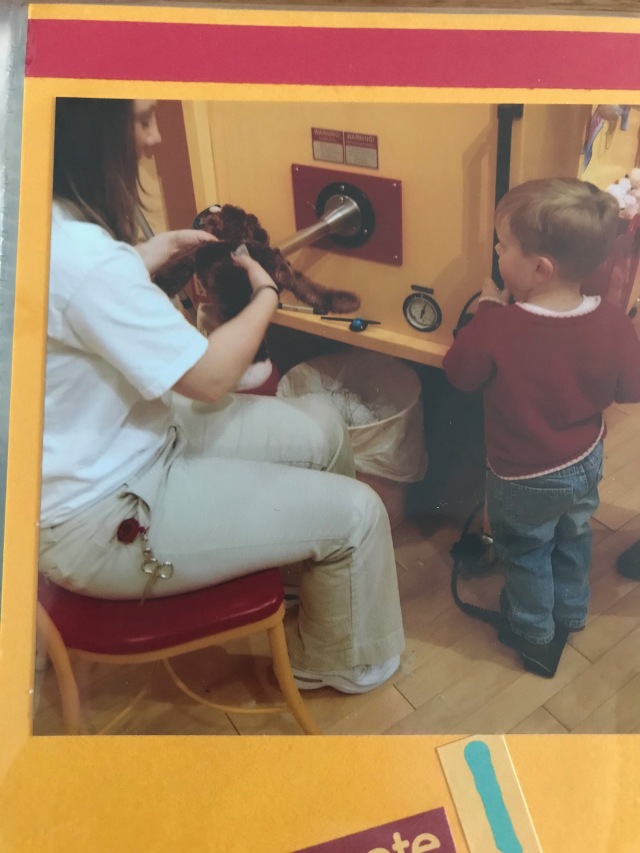 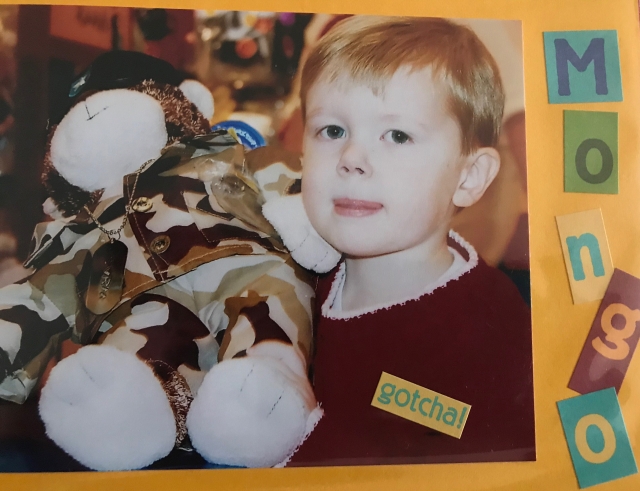 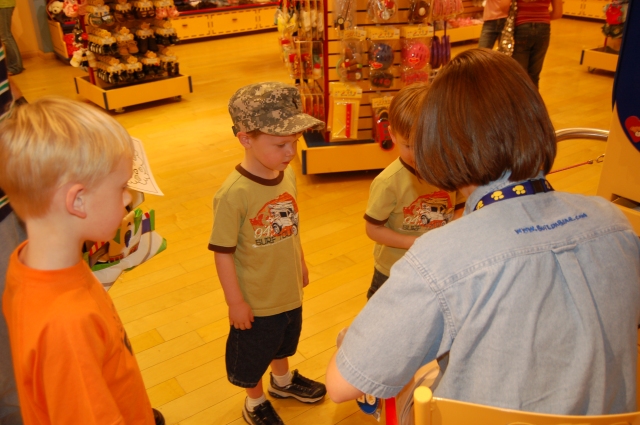 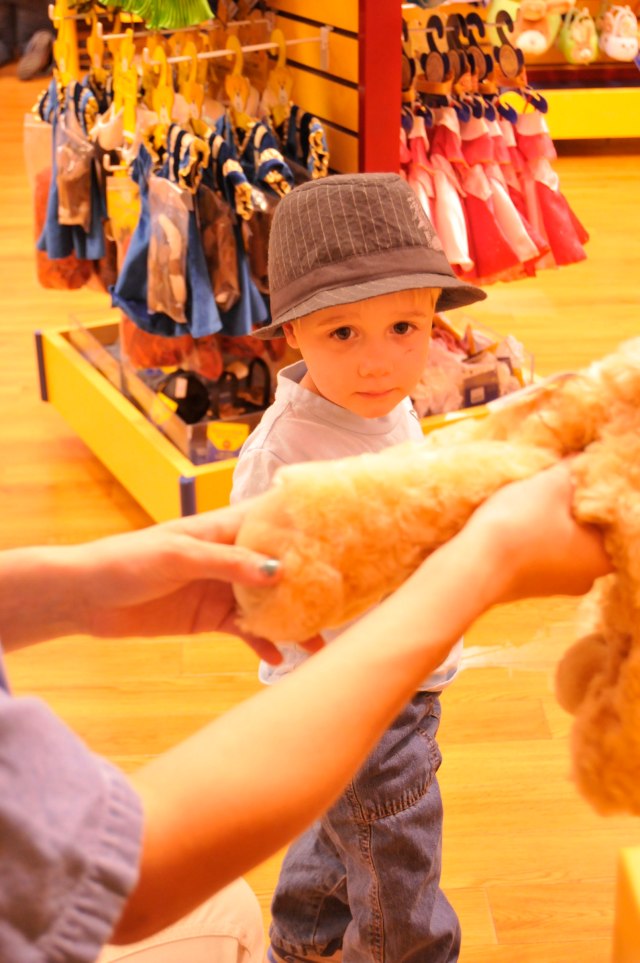 He took the task of loving on the heart seriously.

All six of us in the shot.

This location is a four-story toy store with a corner dedicated to Build-a-Bear. It took a while for the store to find an employee trained in the Build-a-Bear tradition and who felt comfortable enough speaking English but when they did, they found a great one! She was wonderful with Anna. 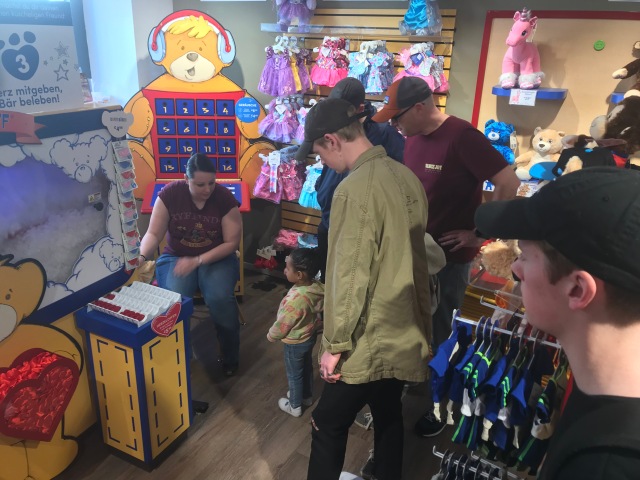 Dad and all the brothers watching.

Filling her bear with fluff. 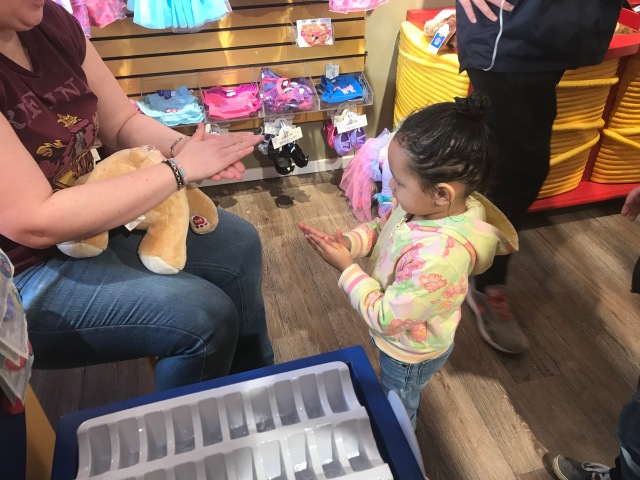 Loving on the heart.

Before we left she one of the Disney Princess dresses. She couldn’t think of a name so we decided on the name of the character whose dress she picked: Clara from the Nutcracker.

Just a few minutes ago I went in to wake Anna and she had Clara in her arms and told me of her dream: that someone was coming in to help her fix Clara’s tutu. Apparently the fact that Clara’s dress was messed up made its way into Anna’s dreams… I fixed the tutu for Anna and she smiled and hugged Clara.

Five precious babies. Five build-a-buddies. We are blessed beyond measure.

"Yes, they're all mine." The answer to the question I hear most often.
View all posts by Jennifer →
This entry was posted in family, germany. Bookmark the permalink.