This year’s box days is vastly different from years past because I only have one student receiving a box. We now have everything we need {for the most part} to homeschool the rest of the kids throughout. This is Hayden’s senior year and all we needed was Core 500.

I never intended to homeschool all the way through. I can’t believe we’ve been at it twelve years and that a year from now he will have graduated from high school. 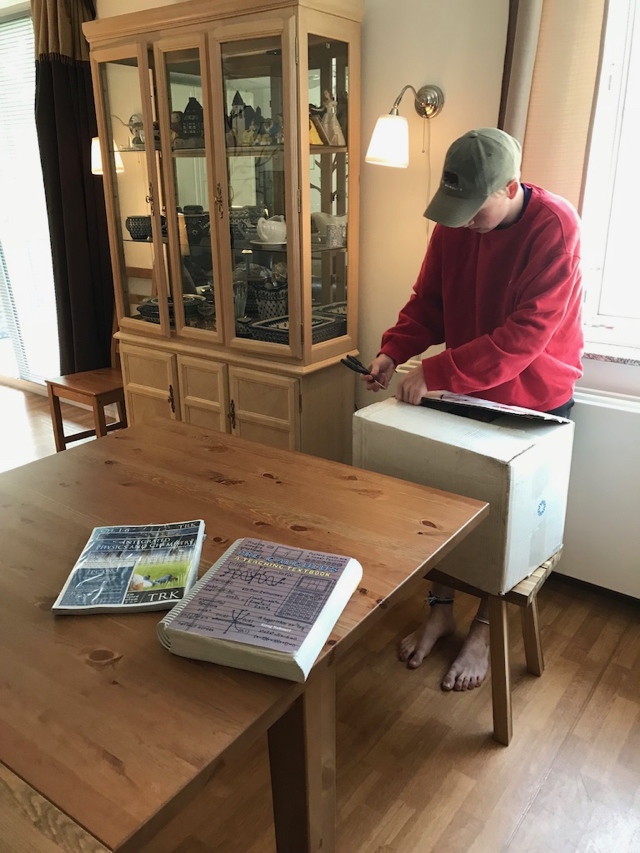 It is a little sad that there is only one student taking our “Box Day” pictures.

I love Sonlight! Look at all of these books! 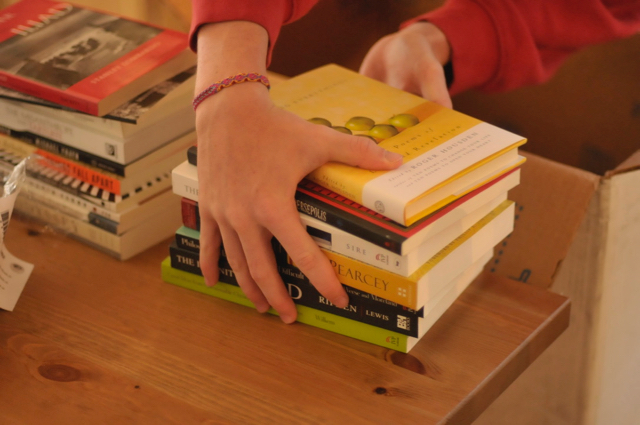 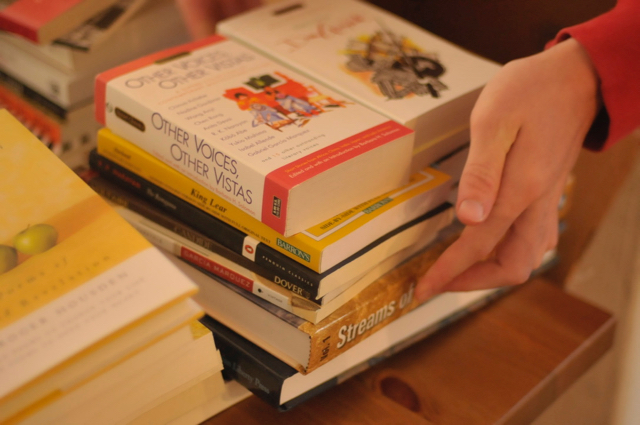 If you are interested in purchasing Sonlight items, clicking through this link will get you a reward of some kind.  Not sure of the details.

This year the kids are doing the following:

Parker – continuing Core B/C: World History until he finishes it, probably by December, and then he’ll start Core D/E: American History, which we’ll spread out over the next year and a half. {B/C and D/E are two year cores they have combined into one year each. Had I purchased these Cores new, I would have bought them individually and spent two full years on each World and American histories. However, I bought these used from a friend so we’re making it work, supplementing to make each last a year and a half.

Anna – colors, letters, animal sounds, etc. (We don’t do school with our littles until they’re at least five.  We just PLAY! We read a lot of books and Anna does ‘ballet’ along with Felicie, the character from Leap.)

We are joining a new co-op and I can say I’m incredibly thankful there is a Chemistry class!  I’ll be teaching Foundations in Financial Peace, the high school curriculum by Dave Ramsey.

We start our school semester on Monday… I would love to tell you that they’re thrilled about getting started, hitting the books, waking up early and working hard on their educations, but we are real people and they’ve really been enjoying their summer… I can tell you that come September/October when we travel and welcome Nana and Papa, we’ll have some kids who were really glad they got a head-start so they could take a break from school! 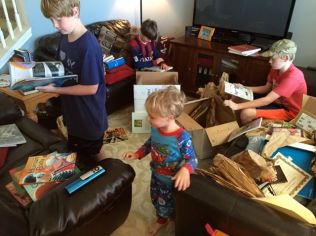 Box Day 2016 – Apparently I forgot to write a Blog Post about that… so here are a few pictures from that grand opening of the boxes: 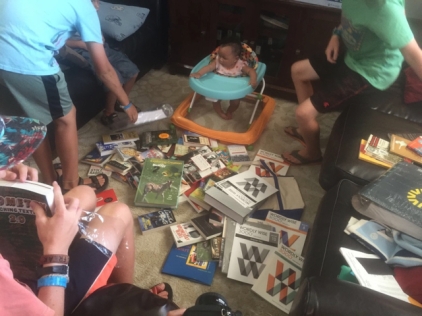 "Yes, they're all mine." The answer to the question I hear most often.
View all posts by Jennifer →
This entry was posted in brothers/boys, family, homeschooling. Bookmark the permalink.