I took a few months off running in order to get my weight under control (sounds counter-intuitive, but apparently it was what was needed). I wanted to start back up in March and then Bailey broke his arm, followed by Carson breaking his leg eight days later. We spent all of April recuperating and I had surgery on my vocal chords. March and April were tough. TOUGH.

I started running again May 3rd using Couch-2-5K, letting myself start on Day 1 as if I had never been a runner before.

I soon found that if I was going to take the time to get dressed and go, I wanted to be out on the trails longer than the 30-ish minutes that the app assigns, so I decided to take a chance on a route. One day, with Anna in the jogger, I went a different way with the intent to make a loop around our barracks. That day changed my world. Okay, that’s a bit dramatic sounding, but I honestly felt a little of the fog lift from my head. The clouds have parted a little since that day, so, dramatic? Maybe… truthful, though.

I found myself in and amongst the most beautiful trails… tree-lined, wide enough for bikes and people to share the path, and shade much of the way. One thing I really despised about running at Fort Hood was the lack of shade and having to run through neighborhoods almost the entire time. I treasured the part of my run that took me on an old golf course that, while it was the back side of a new neighborhood, it did allow me to feel a little distance from people and I didn’t have to look out for cars for that little bit of my run. My second favorite place to run on Fort Hood was “old Patton” (Classic Patton?) because there were trees there. In that neighborhood I could run under a bit of shade – out of the blasted sun for just a little while. I literally snaked back and forth in that neighborhood to get every last inch out of the shaded part of Hood. Trying to get six miles in while staying on post where there is only one neighborhood with trees can cause you to get quite bored.

Another complaint I had about running on Fort Hood was that the sidewalks seemed to have been designed by Shel Silverstein…. we found “where the sidewalk ends” and it ended in multiple places… no fun when pushing a jogger. We called in a work order and the project manager for roads and traffic actually came to my house to apologize for the problem and to explain why other projects take precedence over the suddenly-ending sidewalks. Hey, at least they were willing to address the problem, even if they couldn’t solve it.

Sunday I went for a run and about a third of the way into my loop I started to hear thunder and a huge flash of lightening cut through the sky… Matt called to see if I was okay and to ask if I wanted him to come pick me up. I was eager to get this run in and so I decided to push through as I knew that in a short distance I’d be under the cover of thick trees. The rain started soon after but not so severely that I felt I needed to remove my Airpods. Eventually, though, rain started coming down harder and I decided it was time… they’re not cheap and I ABSOLUTELY love them, so I put them in a pocket where they’d be dry and yet not fall out while I ran. The rain picked up so much that any time I breathed in through my nose I choked, as if I were under water! I’m sitting here a few days later writing this during a similar thunderstorm glad I got my run in earlier and did not have to run/swim in the again.

I am very grateful that we are now surrounded by such amazing greenery. Here’s what I see on any given day during my run. 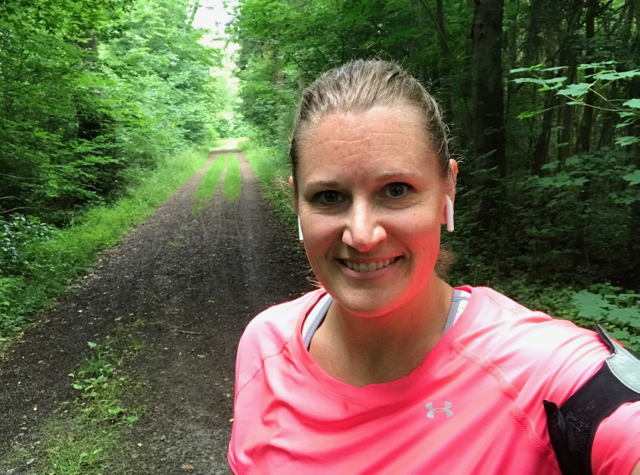 This is me being more intentional about being in pictures – I don’t like it and could find at least 10 things I don’t like about this picture, but I decided to post it anyway. This one, and the other one of me, capture me, my kids’ mom, on this 12th day of June, doing something fun, good for me, something I enjoy, and I hope they will spend time each day of their adulthood doing the same. 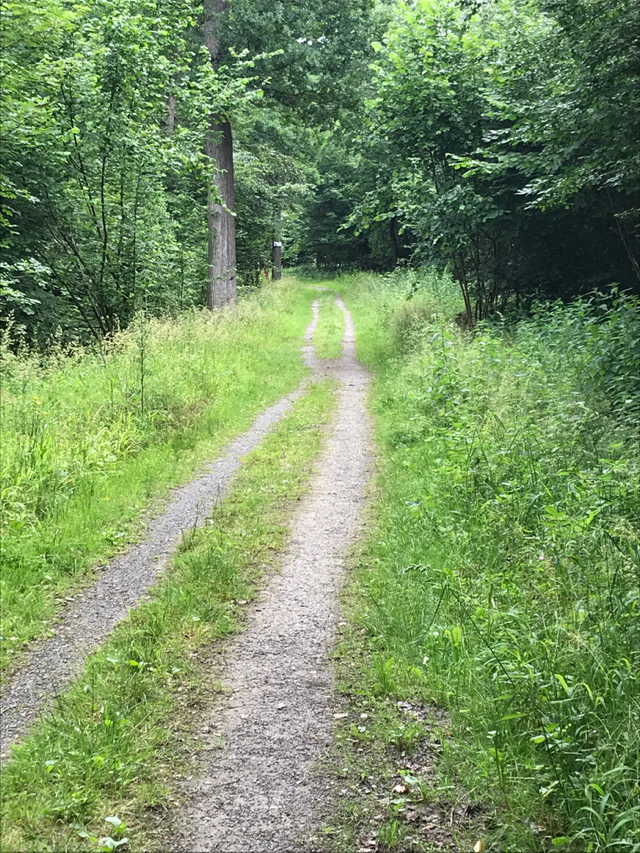 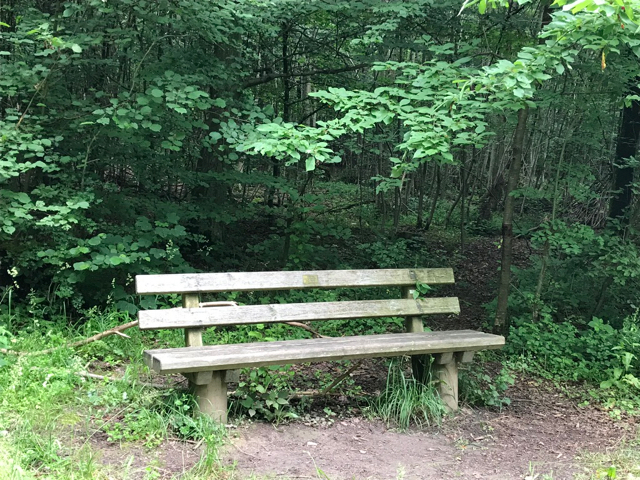 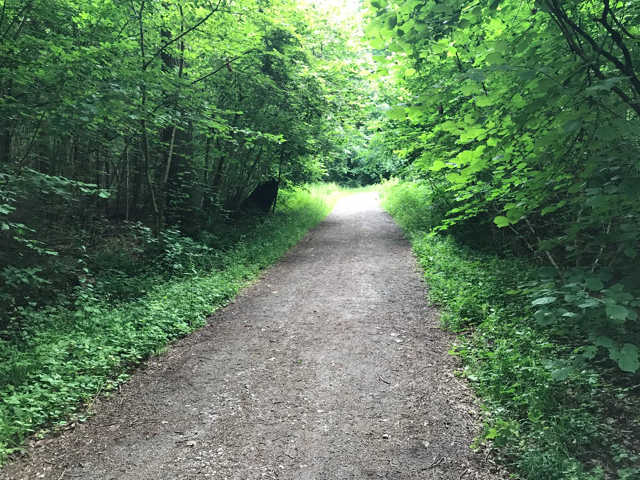 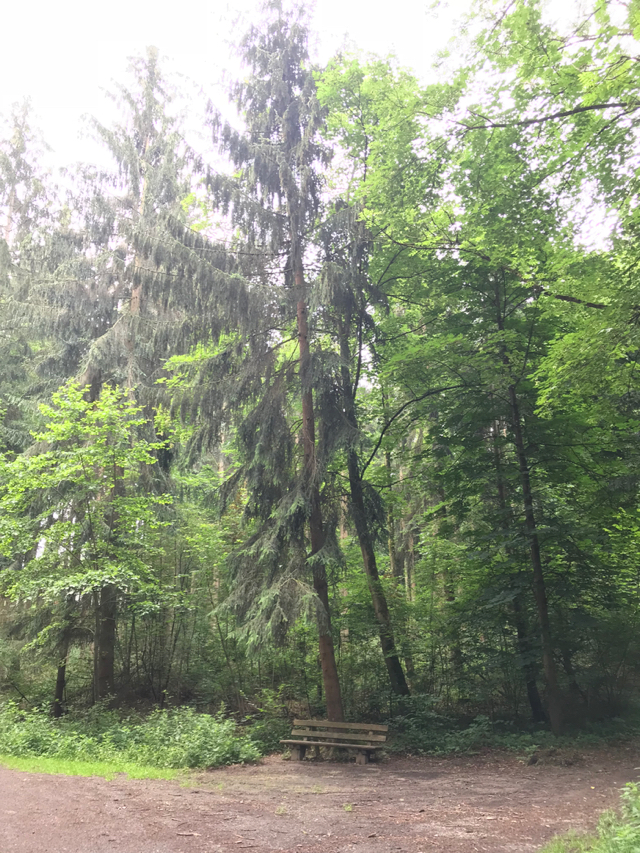 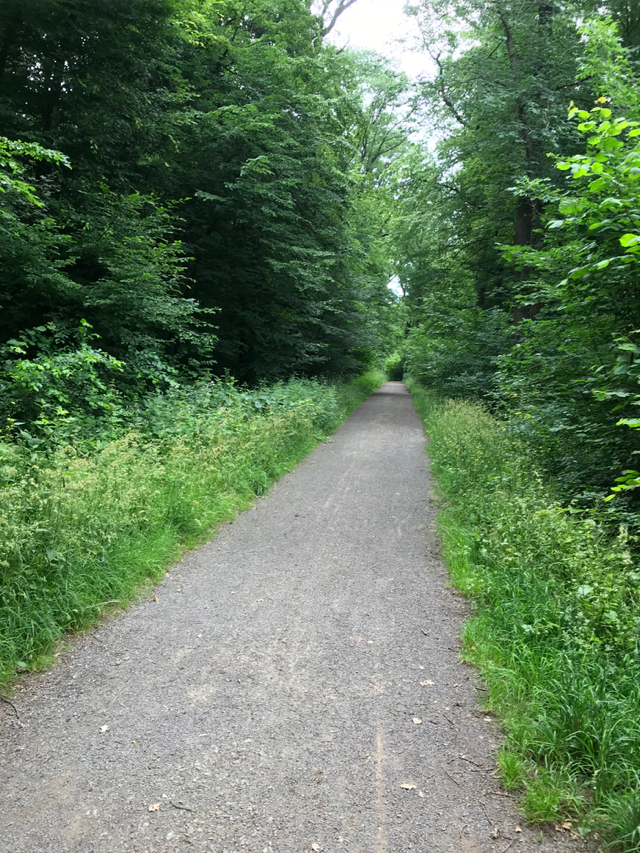 This always reminds me of my parents’ driveway. 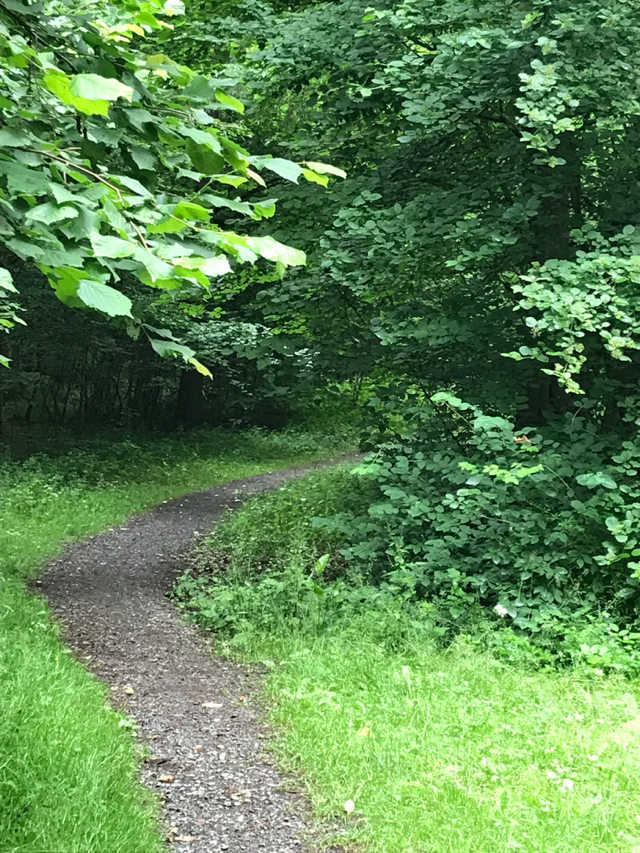 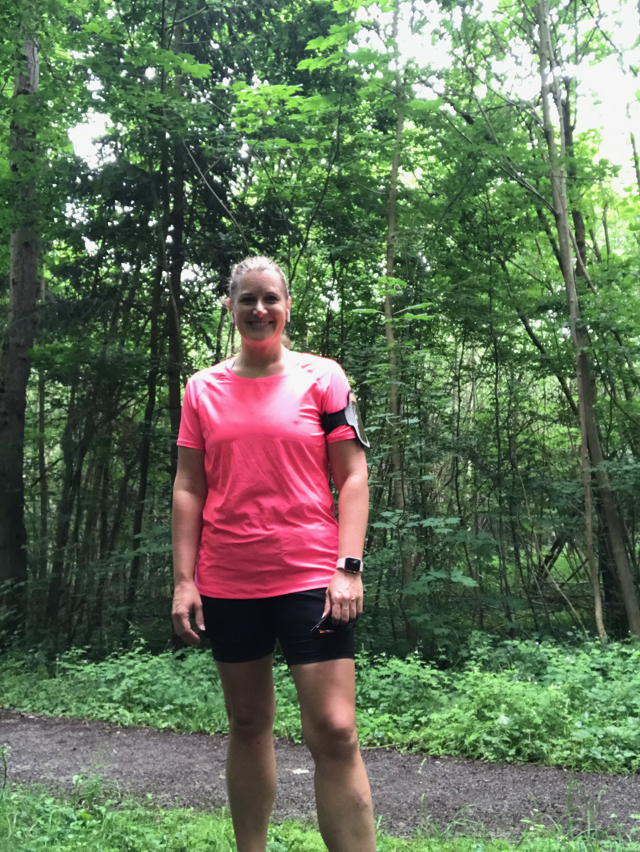 Admit it… you’re trying to figure out how I got that picture of myself when I was on a run all alone. 🙂 HINT: Apple Watch + iPhone

"Yes, they're all mine." The answer to the question I hear most often.
View all posts by Jennifer →
This entry was posted in family, friends, germany, running, Texas, weight/health. Bookmark the permalink.

4 Responses to Running in Stuttgart