One of the best parts of being in Europe is seeing sights that are of historic importance. Our area had an active co-op that we joined as honorary members, participating in just the book club. The boys would read the assigned book and each month, those in the co-op would take a field trip to the sites mentioned in the book.

Because of the chaos of our PCS (getting our house in January, our goods in February, broken bones in March) the first (and only) trip we were able to go on was in April, but it was a good one!

On the way we drove through Strasbourg, France to get an addition to my mug collection.

The first few pictures are of the area where we stayed. We got settled into our hotel rooms (plural, because big families can’t fit in one room) and ate dinner at a local Chinese restaurant. Being back in Germany for only a short time, my German was rusty. Having never lived in France, I have zero French-speaking ability. Trying to communicate with Chinese waitresses in French while speaking a horrible mixture of English and German = not fun! 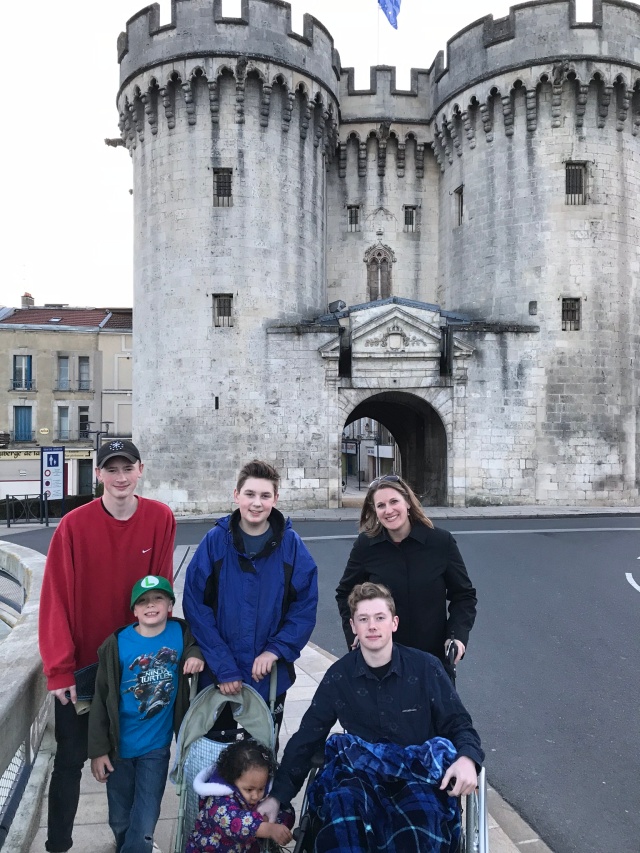 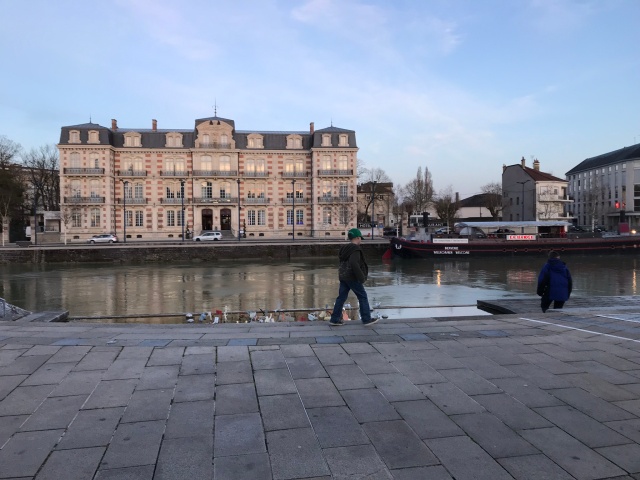 The bakery across the street from our hotel had amazing breakfast foods and coffees small enough that we BOTH needed two. Photo to show just how big the croissants were… or how small the coffees were. (Maybe both.)

The Mémorial de Verdun was incredible!! It shows in vivid detail the Battle of Verdun – 1916.

Another place we went was the citadel. That was really cool, but I got no pictures!  Anna was terrified on the train ride!

Dug out under the citadel of Verdun between 1886 and 1893 and organized to be able to shelter 2,000 men and to nourish them, the galleries played a major role during the battle of 1916. (Quoted from their website.)

IN THE FOOTSTEPS OF OUR ANCESTORS

The site “Memorial of men” allows you to rediscover an extract from the military notebook of a given soldier. You will thus get to know in which battle sector the soldier fell.It allows you to eventually find his military sepulture if he has one. (From their website.

Within walking distance from the Verdun Memorial is a fort. It’s called Fort de Souville and it was really neat to walk around, though poor Carson had a difficult time in his wheelchair with the terrain.

Once the official trip was over our family headed to see Meuse-Argonne American Cemetery and Memorial and the Sgt. Alvin York Trails.  We took Carson as far as his non-off-road-equipped wheelchair would take him on the trails.

At this point we stopped, took a family picture, then Carson and I turned around and Matt took the rest around the entire loop of the trail. We are actually friends with some of the Boy Scouts who put up the sign and markers for the trail. 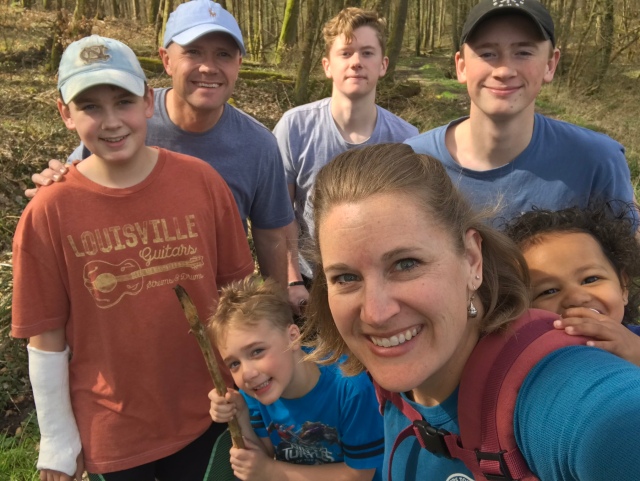 Looking back on this trip, I’m amazed we got as much done as we did, with Carson only a little more than a week post-broken-leg.  Good times. I believe that is 100% due to the planning of the homeschool mom in charge… (not me!).

I’m writing this December 15, 2018… it’s very much past-due and yet, I wanted to get it in here as a journal entry. I’m going to try a feature on WordPress I’ve never used… backdating. Hopefully it won’t totally confuse down the road!

Soon I’ll be writing about our new Truckster and our Christmas Letter, 2018.

"Yes, they're all mine." The answer to the question I hear most often.
View all posts by Jennifer →
This entry was posted in brothers/boys, family, germany, homeschooling, travel. Bookmark the permalink.