I always knew he was distinguished… (continued)

The next day was Homecoming at Gardner-Webb. We arrived at the Tucker Center (GORGEOUS NEW BUILDING!!) for a brunch given in honor of the Distinguished Alumni of 2014. The presentation of the award was a very sweet gesture and we enjoyed hearing what contributions other alumni have made to society. A photographer took photos of each of the award recipients and with those pictures the Alumni Association is going to create a plaque per Alum. These will be placed in a gallery located just inside the Tucker Center. The Alum of the Year award was given posthumously to Staff Sgt. Gass, a Green Beret of the US Army who died of a heart attack during a dangerous mission during which he helped to rescue other injured soldiers. His family received the honor in his stead. 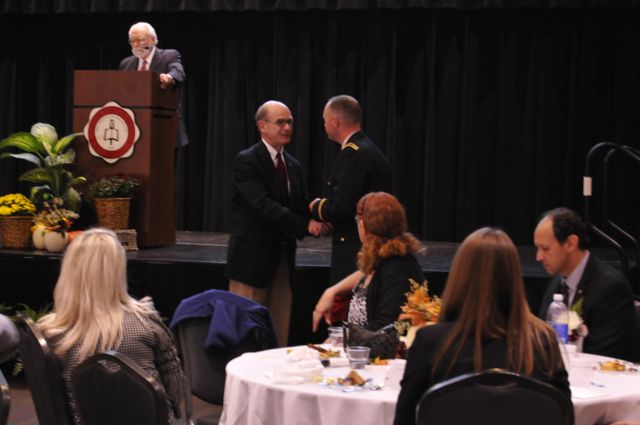 This building was not there when we were in school. It’s gorgeous! 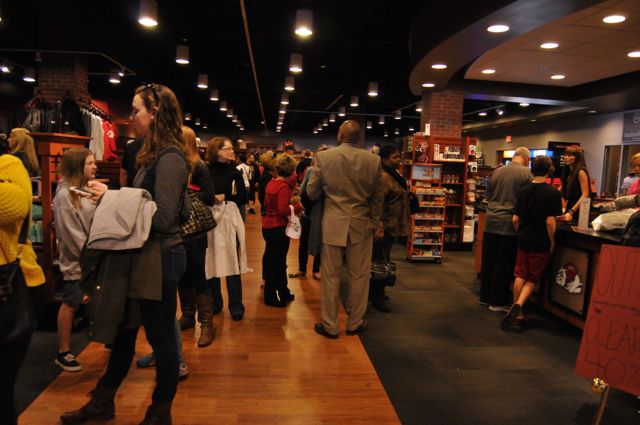 THIS is the BOOKSTORE!! Oh my GOODness, it’s huge!

This is the bottom floor of the Tucker Center. I’m seriously impressed by how beautiful this building is.

Matt and I got to enjoy this brunch with our parents and with my brother. One of the other alumni being honored at the brunch was a close friend of ours, Corie. She and her husband, Matt, (also a US Army Chaplain) were there and we enjoyed catching up with them almost as much as we enjoyed seeing the campus again. The four of us loved Gardner-Webb while we attended, but our love of the place has grown and our memories are treasures to us. 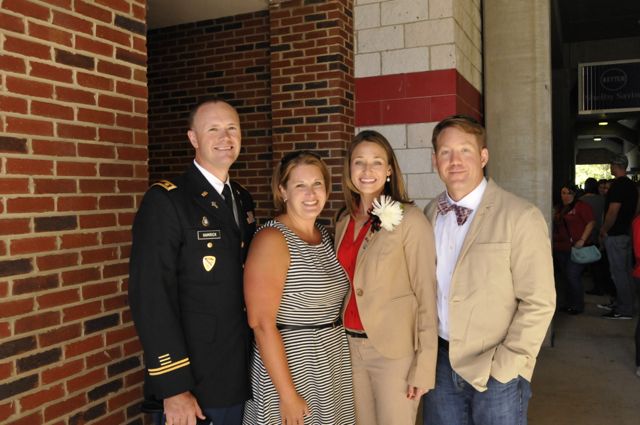 Both of the guys got to go inside their dorm buildings, and Matt, Matt and Corie found a way to get into the classroom of one of their favorite professors to leave a note on the white board. We ate in the Caf for old-time’s sake and walked around the campus and down several memory lanes.

Matt and I always knew our campus was gorgeous but it wasn’t until we left and lived in a place with few trees and little grass that we realized what a special kind of pretty GWU is. I do not like having a front yard of rocks. At GWU there is green, lush grass all over campus. All over NC, for that matter. The trees were just starting to turn colors the weekend we were there. When our plane took off from Charlotte, I was amazed. Trees as far as I could see. I was so stunned I snapped a picture on my phone. When we landed in TX Isnapped  another picture so I could post the two side-by-side. You’ll be able to see the difference!

After the brunch, a quick tour of the campus then lunch in the Caf, we headed to the football stadium. The game got off on the right foot and at one point I asked Matt if he had seen the goal. “Goal?” he asked. “Yes. Did you see the goal?” He then proceeded to tell me that in football it’s not called a goal. It’s a touchdown. Hmph. Same-same. 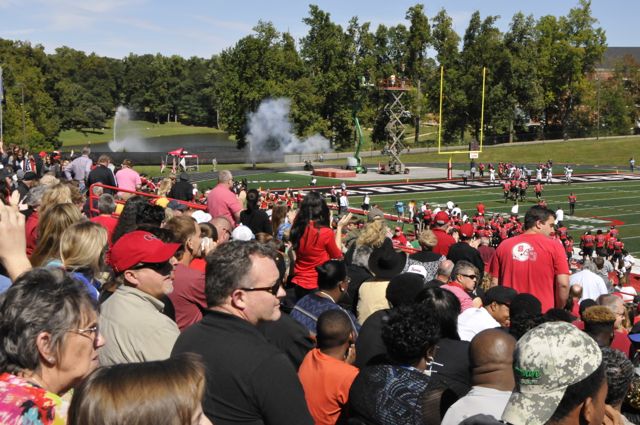 At halftime, just after the homecoming court was announced, the panel of seven Distinguished Alumni was lead onto the field. Each one was introduced and then the story of the Alum of the Year was read. Gratefully the crowd was listening and before long, both sides, home and away, were standing and clapping in memory and honor of the soldier who gave his life in defense of the United States of America. It was a great moment. I was a part of so many good communities at that moment: the US Army; Gardner-Webb, North Carolina and of course, the United States of America. 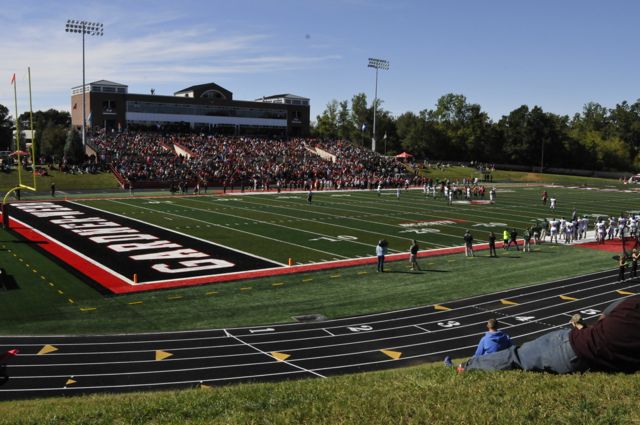 The weather was outstanding. A perfect fall day on all accounts. My husband’s achievements were being recognized by his Alma Mater, our family was in the stands cheering, and we were literally surrounded by thousands of great people.

After the football festivities we headed back to the hotel so Matt could get out of his uniform. We chatted with family for a couple of hours before they headed back home. It was late enough for dinner at this time, so Matt and I enjoyed a quick dinner at a local place in Boiling Springs. We followed this with a leisurely hour-long stroll throughout the campus we will always love. 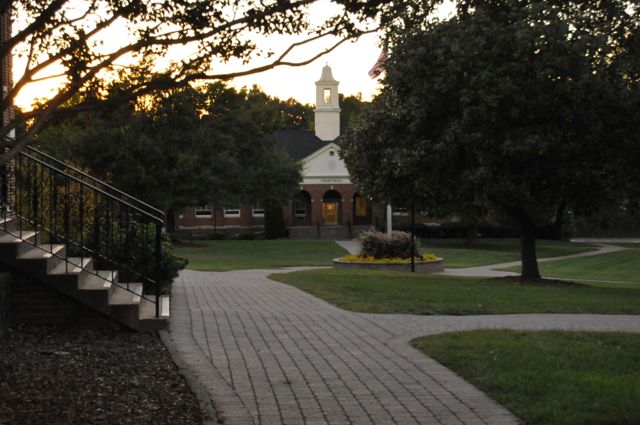 This place… I relax just looking at pictures of it. Being there was even more relaxing. 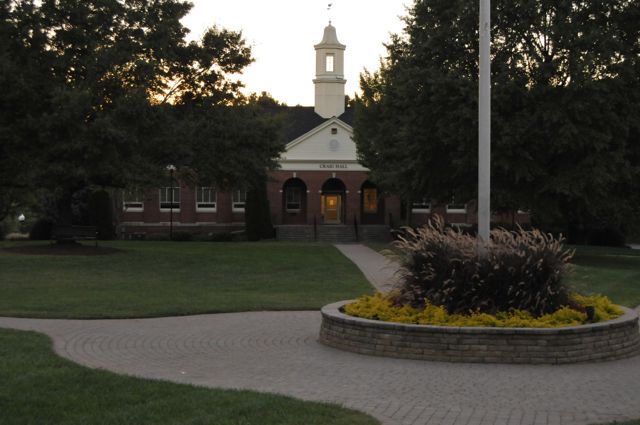 This is the building where I had most of my classes. Craig Hall.

The DCC. (Dover Campus Center.) This was the hub of activity when we were there. It had the mailboxes, the Caf, the walk-up snack bar. The Tucker Center has replaced some of those functions, but now this building has a Starbucks and a Chick-fil-a. A CHICK-FIL-A, PEOPLE!

Inside the bottom level of the DCC. The wooden wall used to contain our mailboxes. No longer…

My apartment was on the middle floor. Good times.

The Bell tower. They were building this when we arrived. It’s always been a part of our GWU experience.

Breathtaking. Can you see the Football stadium in the break in the trees?

The lake-side of the Tucker Center.

We fell in love before we started our time at Gardner-Webb, but our love grew daily while we were there. We had memories in almost every building on that campus, and loved every second of the time we got to relive those as we walked.

While most of the memories we were reliving were from our college days, every now and then a memory from our early parenting days would pop up. We lived about 10 minutes from Gardner-Webb for six years and we had all three of the bigs during those years. We had memories of the very first time we ever put Hayden in a stroller and memories of taking them to the quad to ride their bikes. 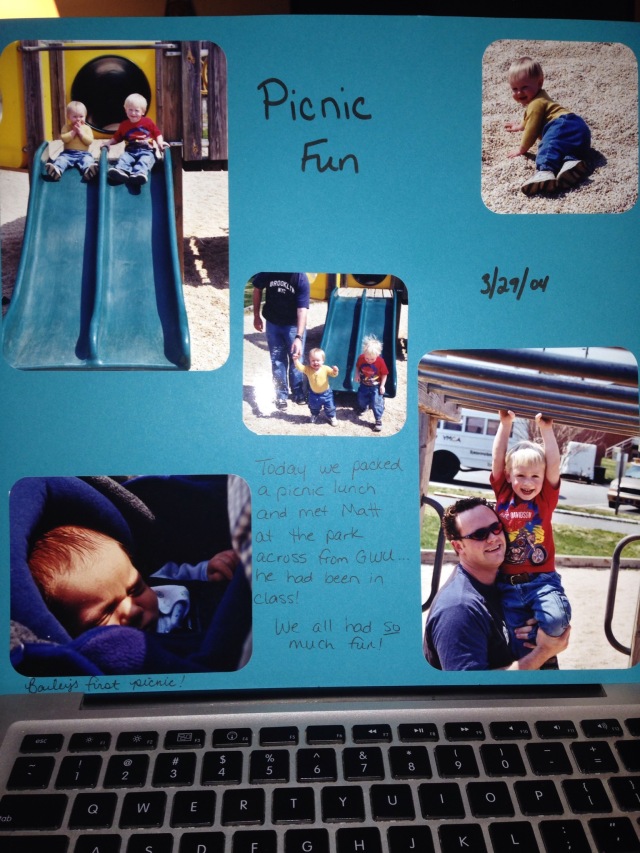 Boiling Springs will forever be a special place to us. We love our story and we enjoy traveling back to soak in the beauty of Gardner-Webb.

I guarantee my campus is prettier than your campus. That is unless you also went to Gardner-Webb, in which case, your campus is equally as pretty as mine.

And as promised, a comparison between NC and TX as seen from an airplane. 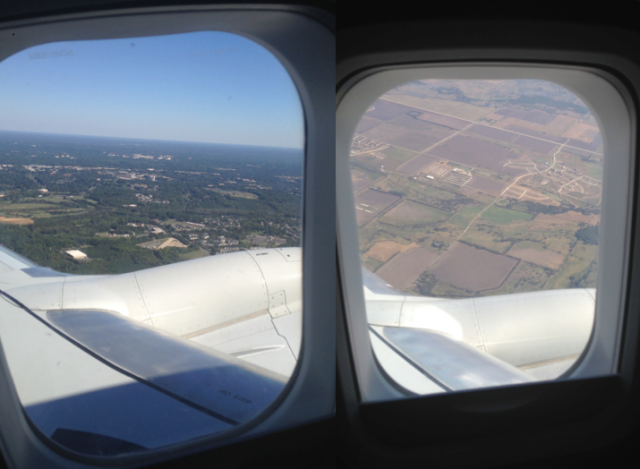 Trees in NC. Dirt in TX.

"Yes, they're all mine." The answer to the question I hear most often.
View all posts by Jennifer →
This entry was posted in family, friends, marriage, military, Texas, travel and tagged alum, alumni, beautiful, campus, distinguished, gardner-webb, homecoming, honor, love, memory lane. Bookmark the permalink.

2 Responses to I always knew he was distinguished… (continued)