Parts 1 and 2 shared the highlights and the story of our trip.  Part three holds the randomness that we took pictures of that didn’t really mean much to the story as a whole, but were fun memories nonetheless. 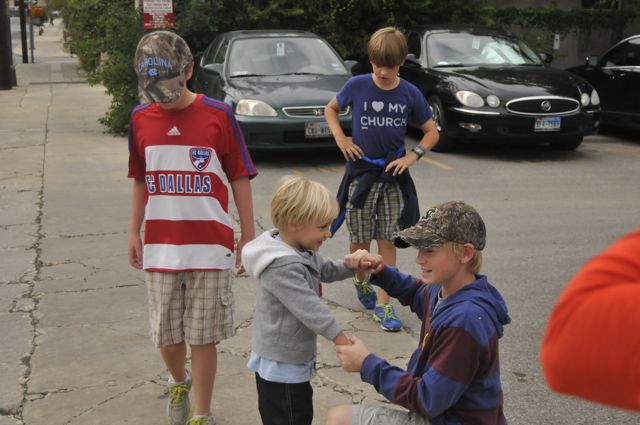 Getting ready to start our walk to the Alamo. 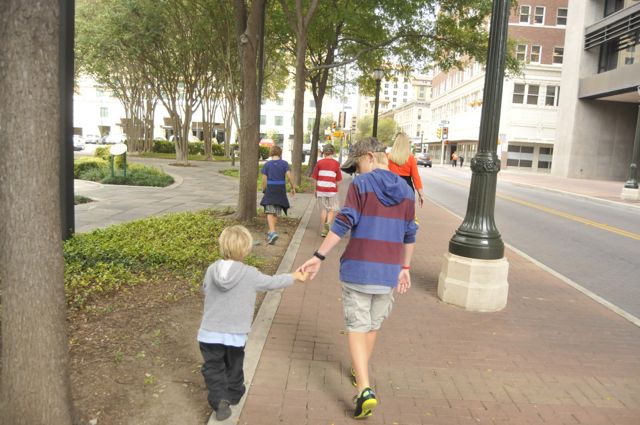 Officially on our way!

That sweet face… he needed a haircut (and got one later that week) but oh, that face…

My guys waiting to board the cruise.

Papa showing Parker the diorama at the Alamo’s gift shop.

Running off some energy at the Alamo. 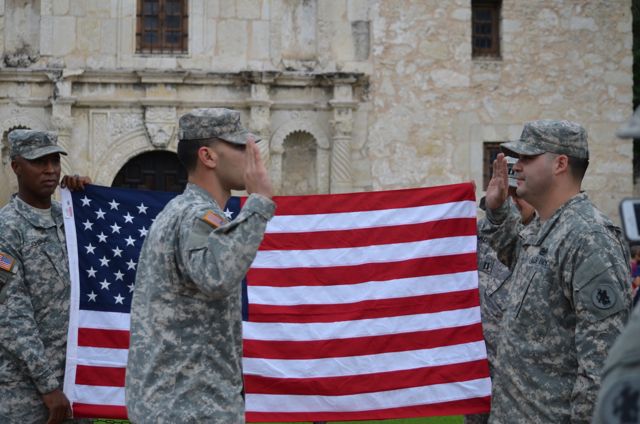 A group of soldiers showed up to take pictures of the flag in front of the Alamo.  My guess is someone is reenlisting and this is the coolest way to do so!  In front of an American Monument to bravery and heroism. 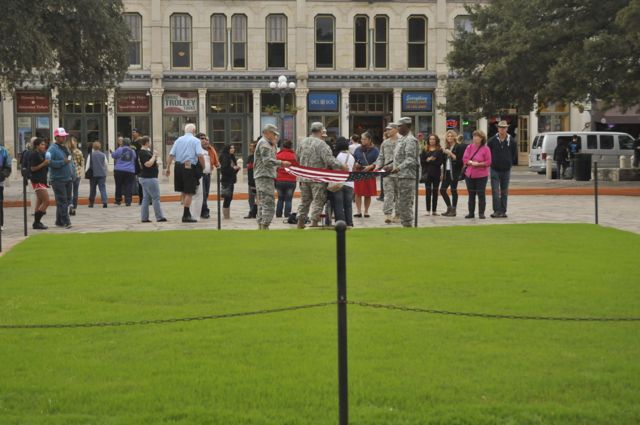 A group of soldiers showed up to take pictures of the flag in front of the Alamo.

Quoted from the linked site:    200 E. Market, San Antonio, TX 78205
The Lila Cockrell Theatre, opened in 1968, is a performing arts venue that hosts ballet, opera, theater and individual concert events. A unique feature of the building is the Juan O’Gorman mosaic mural located on the exterior façade.The mural symbolizes the progress made by the confluence of civilizations in the Western Hemisphere starting with Adam and Eve in the center, with European civilization depicted to the right, and indigenous meso-American civilization to the left.

A tree growing straight out of a building! It’s at a restaurant called Bella on the River.

I hope you will get a chance to see this fun city!  We just had some friends move there so we’re sure to meet up with them a time or two while we both live in Texas!

"Yes, they're all mine." The answer to the question I hear most often.
View all posts by Jennifer →
This entry was posted in brothers/boys, family, friends, parker, Texas, travel and tagged alamo, birthday, parker, river walk, san antonio, travel, vacation. Bookmark the permalink.