Saturday we were able to celebrate Bailey’s 9th and Parker’s 3rd birthdays at home. Family from NC joined us as we sang happy birthday and opened presents.  Bailey has made some good friends in our neighborhood and they came as well.  I had so much fun hosting my family in my home for the first time in ages.  And, I served them none other than Frikadelle!  Every single adult loved it, as I suspected they would!

We had cake and ice cream first.  Bailey and Parker chose an Angry Birds theme so we got them a cake that made them happy.   Antonia, my aunt, had a birthday last week, too, so we celebrated all three simultaneously.  Since I’ve learned about Tiffany’s bakery and tasted their petits fours, I had to have some of these for the adults.  I got three dozen.  One dozen with each birthday person’s initial.  “A” for Antonia, “B” for Bailey, and “P” for Parker.  They were a hit! 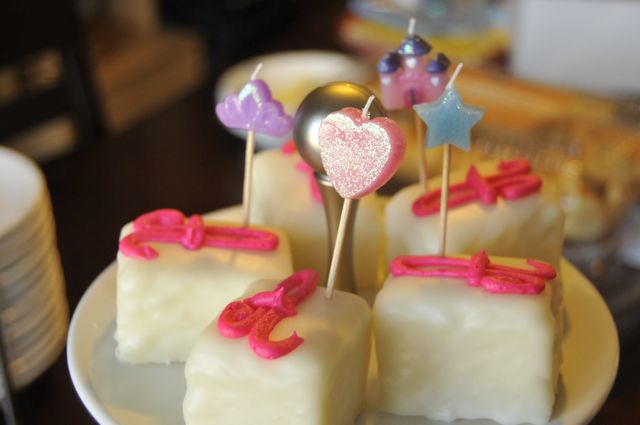 Presents, of course, followed the cake.  They got some great toys and some moolah.  Yes, they were happy kids!

Parker’s big present this year was a balance bike.  We had seen these in Germany and knew we wanted to get Parker one for his birthday.  I wish I had videoed his reaction!  The biggest picture below is blurry, but it’s the reaction we were hoping for!  He screamed with delight when he saw his new bike! 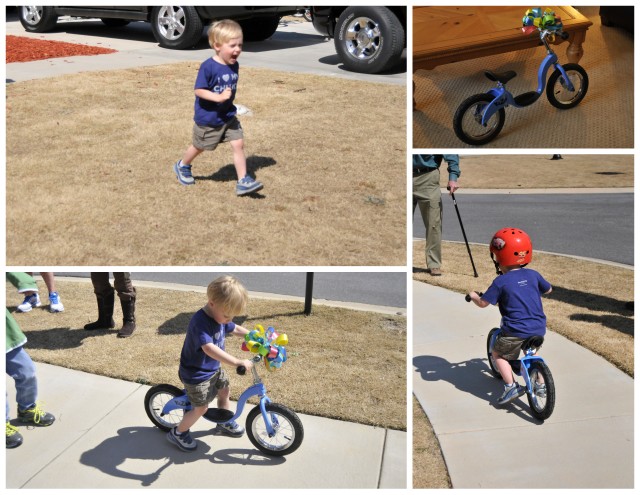 He enjoyed it and was pretty good at it, though he still needs some practice.

Parker also got a Build-A-Bear for his birthday, and one of his favorite gifts came from his cousin Mason: a bath toy boat with a Lightening McQueen.

Here is a little video of Parker saying some of the names of the people in our family.  There are a few cute things to listen out for:

"Yes, they're all mine." The answer to the question I hear most often.
View all posts by Jennifer →
This entry was posted in brothers/boys, family, parker. Bookmark the permalink.