Something had to give…

A few months ago I realized that I had, yet again, completed another cycle of weight-loss-weight-gain.  Over the years I’ve seen this happen multiple times, and the last time I lost weight I said to myself, “Self, (’cause that’s what I call myself), you know you have a tendency to gain weight as soon as you get to a point where you finally feel better physically and emotionally.  Don’t to that this time.”

There.  I was fixed.  I knew that when I lost the weight last time that I’d be aware that I was at a point that could be troublesome for me.  I remember being at my happiest with myself when Matt came home on R&R from Iraq in 2008.  I then hit that same weight/size/happiness level in November of 2011, and even remember a particular run I went on in Garmisch, through the snow, while wearing shorts and a long-sleeved-tee shirt.  It felt great.  I felt great.  And then emotions got the best of me.  A super-close friend was about to move and three families huddled closely together blocking out the rest of the world and we ate.  And baked.  And ate what we baked.  And lived up the last remaining weeks we’d have as a trio of families who could get together on a whim.

And then that family moved.  (How dare they?!?)  Of course by this point my good habits were gone, my dreadmill was dead, and my motivation was kaput.  I was running outside and hating it, confined to my neighborhood while my angelic neighbor kept an eye on my sleeping babies.  I was so tired of running that I began and ended each run in tears.  Not at all tired or exhausted from the physical exertion, but the boredom and the sheer hatred I was feeling for the sport.

Something had to give.  I had no idea what it was, but SOMETHING had to change.  I began investigating all sorts of DVDs that would give me a workout and came across Insanity.  Before I bought it, a friend loaned me her copy for 2 months.  I fell in love with it.  Not necessarily the exercise as much as the fact that in 45-60 minutes I got such a workout that I could tell I had worked out.  And then that friend had to move.  SERIOUSLY?!?  You’d think I lived in a military community or something.  I hesitantly gave her back the DVDs and tried everything the Europe Library System had.  I felt like an absolute DINGBAT doing all those other exercise programs.  Even Jillian Michaels’ 30-Day-Shred was too easy after Insanity.  I literally laughed while doing one DVD series as I realized my heart rate was barely elevated.  Nothing could compare to Insanity.  I tried for a month to find a used copy being sold online.  With no success I splurged and ordered my own set and am so much happier now.  (NOTE:  Do not buy a used DVD set unless it’s from a trusted friend.  I hear that there are horribly pirated copies out there and many people are getting ripped off.  Insanity DVDs are worth buying new so don’t try to pinch pennies here.) 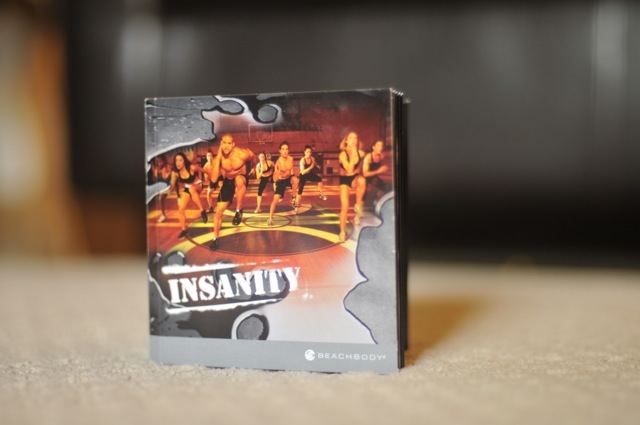 I didn’t lose much weight during those 60 days but I noticed a tremendous difference in my tone and strength.  While I was happy to see those improvements I was still very disappointed.  I think I hit one of my lowest points, brushing up next to depression for one of the few times in my life.  In a letter I wrote to a friend I said, “The thing that hurts so much is that I know it’s all my fault and every time I look at myself I feel so angry and disgusted.”

I have another friend who happens to be doing fantastic on her health journey so we talked for a while and she asked if I had read a particular book.  When I said no she was flabbergasted.  (I’ve always wanted to use that word.)  She told me to order it immediately.  I didn’t even wait for Amazon to ship it… I purchased it on Matt’s iPad and have been reading it slowly ever since.

Slowly, because as I read, I highlight something in every paragraph and put notes about what I’m thinking.  This book has absolutely touched me where I am and I can’t wait to tell you about it… tomorrow!

"Yes, they're all mine." The answer to the question I hear most often.
View all posts by Jennifer →
This entry was posted in About my faith, Made to Crave, running, weight/health. Bookmark the permalink.

3 Responses to Something had to give…