Dachau is not the most obvious Mother’s Day destination but I am very satisfied that we were able to see this memorial as an additional field trip following months spent studying the events surrounding WWII.  We have now seen the actual locations that include: the hiding place of the Frank family; the Secret Annex that Corrie Ten Boom and her family ran; Stumbling Stones all around Wiesbaden marking homes and workplaces Jewish families were forced to leave; a secret tunnel used to help defend England against Hitler’s invasion; the American War Cemetery and Memorial where hundreds of our heroes rest in peace; and now, the location where many of the victims of the Nazi regime lived in hell on earth. Our two final destinations will be Berlin and Normandy, both of which we plan to see this summer on short trips.

As we entered the camp we warned the boys to be respectful and quiet as we toured the grounds.  The words “Arbeit Macht Frei” mean “Work sets you free.”  The prisoners who were brought here were told that they were being taken to a place where they would live better lives; have homes, jobs, schools.  If you haven’t read, “How Do You Kill 11 Million People,” now is the time.

The gate below was the gate the prisoners were herded through as they entered barracks.  The sign beside Matt is in honor of the US Soldiers who liberated Dachau. 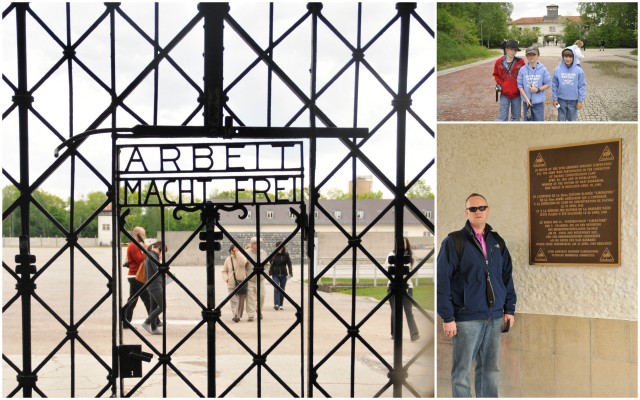 Below Hayden is standing inside the main building housing the museum and he’s looking out toward the memorial.  In the near distance you can see a rebuilt barrack and in the far distance (left half of the screen) you can see the tree-line path way that led down between the two rows of barracks.

Some of the beds inside the barracks. 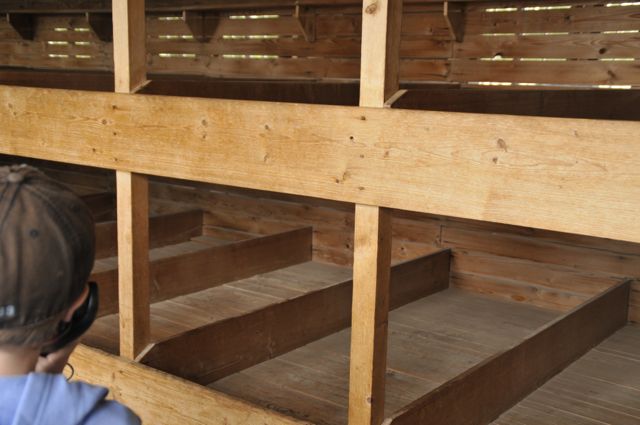 The crematorium.  This one was used only to dispose of the bodies of people who had died from sickness.  It was not used as a torture device.  They had other methods of torture that I will not describe here.

Before we walked through the museum I told each of the boys that they could look at what they wanted to, turn their heads from anything that disturbed them, walk to the windows and look out to take a break, and tell me when they had seen enough.  When I saw this expression on Bailey’s face I knew he had reached his limit.  Not the “I’m too antsy to be still anymore” but the almost-sick feeling of disgust.  I walked him to a spot where he could see very little and let him wait for us. 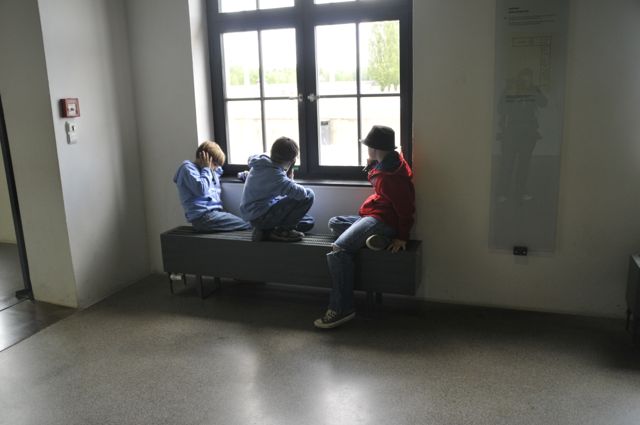 And this picture sums up how we were all feeling by the time we concluded our tour.  I snapped this picture of Hayden which, I believe, really shows how painful it was to see how cruel humans can be to one another.  When I look at this picture, I am taken back to that heart-sick moment and I am, once again, grateful that my children are learning this lesson so early in life.  I want them to know history so they do not repeat it. 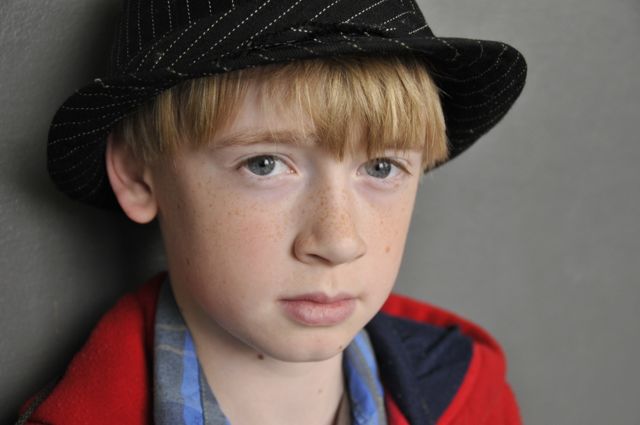 “Those who cannot remember the past are condemned to repeat it.” ~George Santayana

For an absolutely fantastic website of “then and now” photos, see this Geoff Walden’s page.  His father, a Lt. in the Air Force during the 40’s, had taken a lot of images.  Geoff Walden then went back and took current pictures of the area.  (Warning:  There are some gruesome images on this website.)

"Yes, they're all mine." The answer to the question I hear most often.
View all posts by Jennifer →
This entry was posted in brothers/boys, family, germany, military, travel. Bookmark the permalink.

2 Responses to Dachau on Mother’s Day